This included Sweden, where the basic components were imported and a locally made Body and Chassis were used.

Initially called the FRAM KING FULDA (or FKF for short), the name was shortened to “KING” in 1959 apparently after complaints from bearing manufacturer: SKF.

This car is a “THE REAL KING OF THE ROAD”

The metalframe, was buildt in Uppsala, and the fiberglas was made at the iskald Ven, and the car was assebled in Helsingborg
The microcar is light and very simple build.
The gearbox has no reverse, so to go backwords you have to stop the engine, and restart the whole motor the ather direction.
Then you have 4 gear backwords

It was sold new in Sweden.  In 1995 it was imported  from Sweden to Horten in Norway together with a similar blue car.
It was then used as a everday-car for while, but was sold 3 or 4 times as pairs.
The blue one LH5470 was out of trafic in 2013, so our is the only one in trafic in Norway now.
The car was get single and was tried restored of the owner, but given up.
We got this King winter 2012,  and it was restored 2012-2013
The body and frame is in OK condition, but it was missing the seats, some windows and a lot of other parts.
The engine in this car is almost the same as used in the Messerschmitts, so that one was known, and needed only a light restoring.

Here’s some pics from the restoring:
(Hit to enlarge) 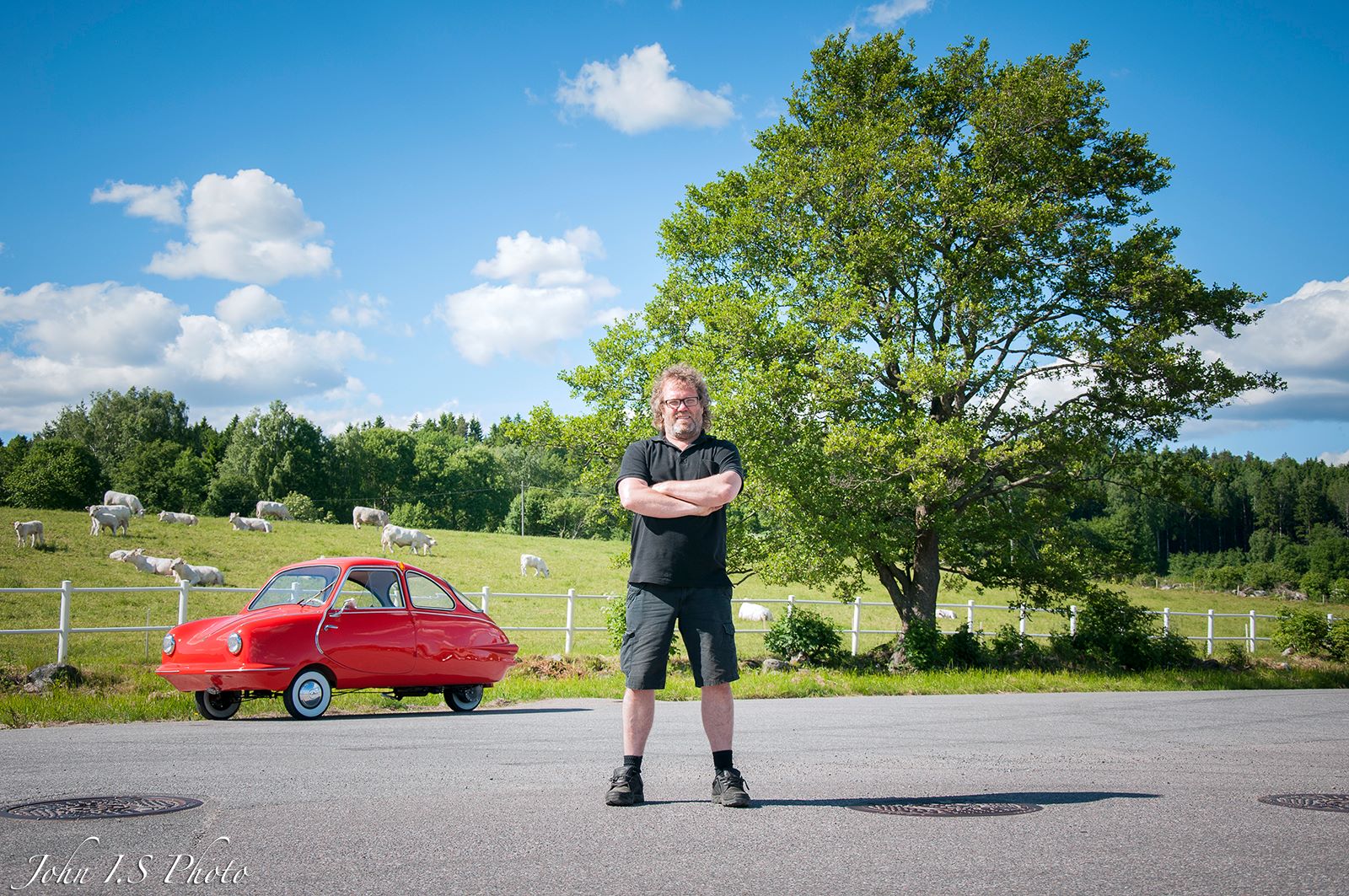 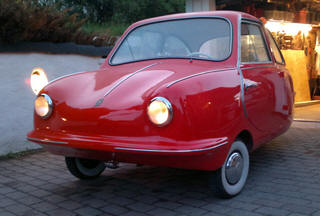 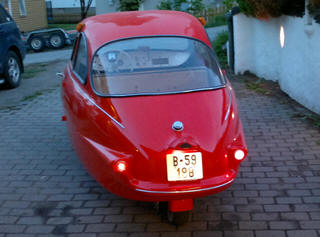 The Fuldamobil is produced in different countries, and under different brands, here’s some of them:

Some information about the Norwegian factory (In Norwegian)