Goggomobil was a series of microcars produced in the Bavarian town Dingolfing after World War II by Glas.

The Goggomobil T250 was introduced by Glas at the 1954 IFMA international bicycle and motorcycle show. The T250 was a conventional-looking two door sedan with a rear-mounted 245 cc air-cooled two-stroke straight twin engine.

Design changes were made to the T250 in 1957. Two windshield wipers were used instead of the earlier system with one wiper, and the sliding windows in the doors were changed to wind-up windows. Also at this time the T300 and T400 became available; these had larger engines of 300 cc and 400 cc respectively.

The last design change for the T sedan came in 1964, when the rear-hinged suicide doors were replaced by conventional front-hinged doors.

The Goggomobil TS 2+2 coupe was introduced at the 1957 IFMA show alongside the improved T sedan. It was available as the TS250, the TS300, and the TS400, the number reflecting the approximate engine size in cubic centimeters.

The only major design change to the TS coupe was the change from rear-hinged suicide doors to front-hinged conventional doors in 1964.

The TS coupe was always ten to twenty percent more expensive than the T sedan. Total production of TS coupes was 66,511.

How many was made? 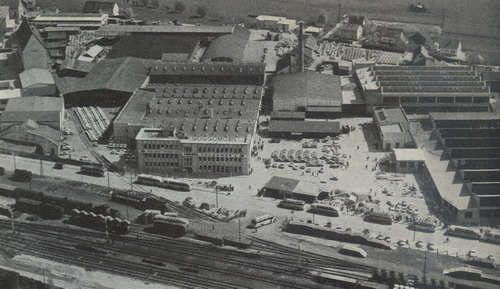 The factory in Dingolfing

Productionline with Sedan and coupe in same line 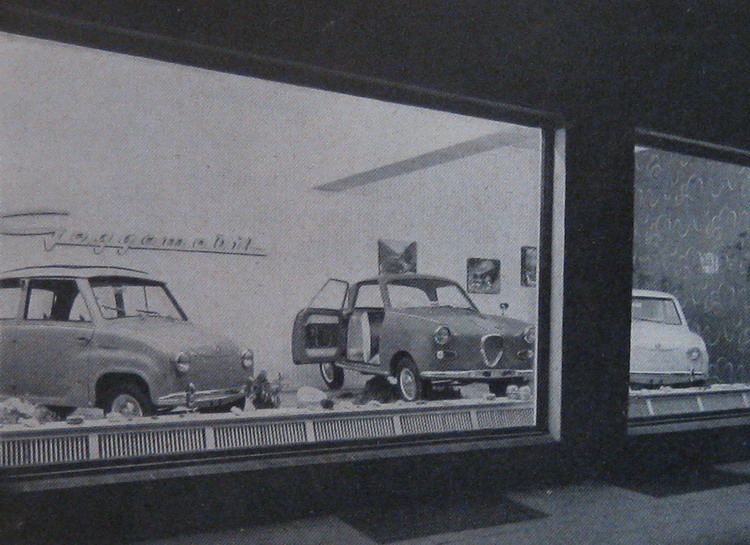 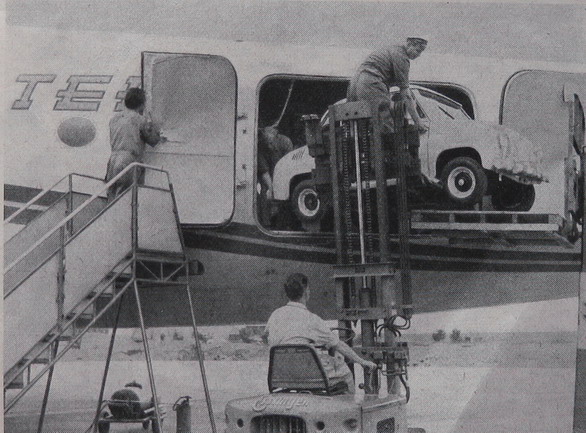 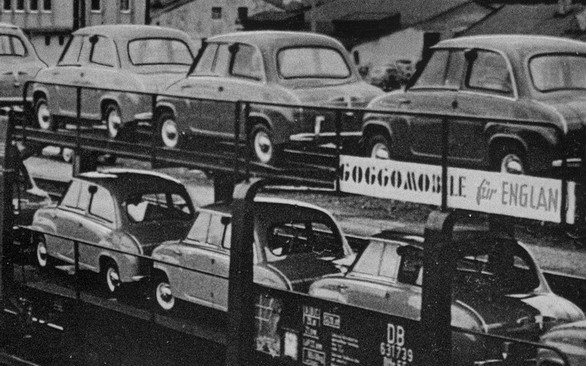