The small letter “v” in the trailer name is correct though it is always referred to as PAV (the pronunciation being”Paff”) The first article about the new trailer was in the Svete motoru (World of Engines, a czech periodical) issue number 2 January 1960. The PAV trailer was first developed and built at the Jiriho Dimitrova factory in Letnanech an industrial area of Prague. The PAV was first tested at the N.P Mototechna factory and was initially produced from Dural metal plate; it’s weight being only 18Kg. ( Dural metal is an alloy of aluminum which was used extensively in the aircraft industry because of it’s superior strength)

The history is rather sketchy in that there is not a lot of detail, Marcela goes onto say that he has never seen a PAV from Dural metal plate and he has no technical specifications for it. All the PAV’s that he has seen are from steel plate.

The PAV trailer was developed through a series of steps, PAV PAV 40, PAV 40/b, PAV 40/c and the PAV 41. No production dates have been given for each incarnation of the trailer though Marcela goes onto say that bills of sale for the PAV 40/b was produced from December 1968. The PAV was manufactured from the late 50’s until 1972.

At the beginning of 1964 the manufacture of the PAV was shifted to the Kovozavody Semily factory at Roztoky by Jilomnice. In that year they produced 1100 trailers.

What of the colors. From the information from the article in the Svete moturu the trailers were first offered in “Jawa” red and black. In the second half of 1965 they also offered the PAv in light blue, petrol blue and coral red.

For the PAv 41 there were four connections, the “M” and the “MS” as with the PAv 40 and two additional connections the “UZ” for the CZ motorcycle type 476 and 477, 18″ wheels and the “UJ” for the Jawa type 623 and 633. ( two connections are pictured below. I’m not sure what designation of the type of connection they are, though they are being remanufactured if needed) 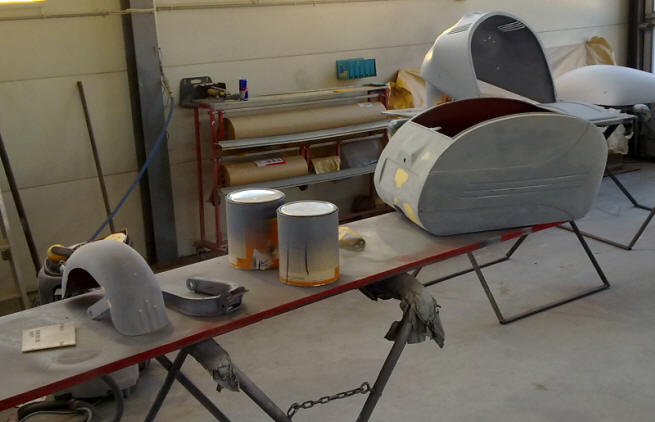 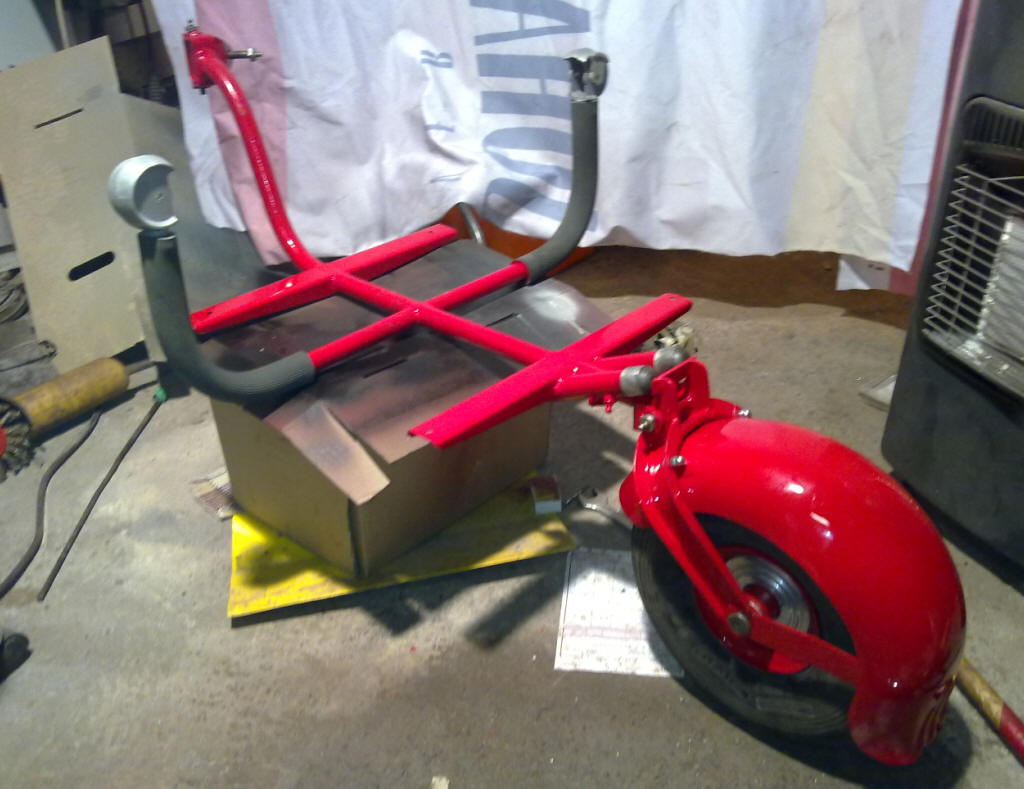 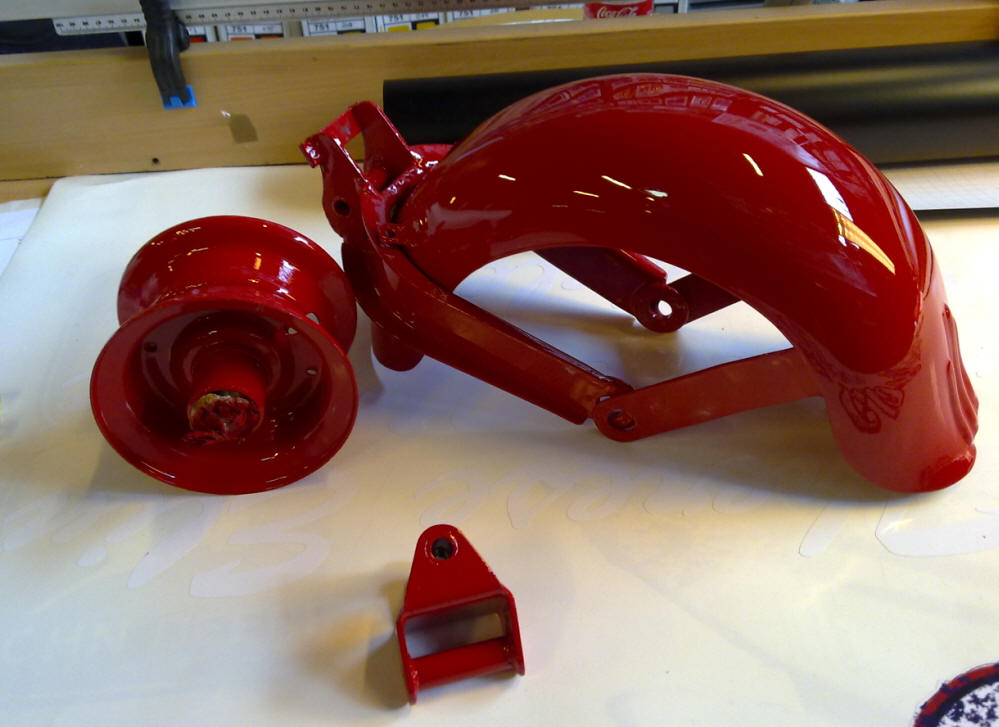 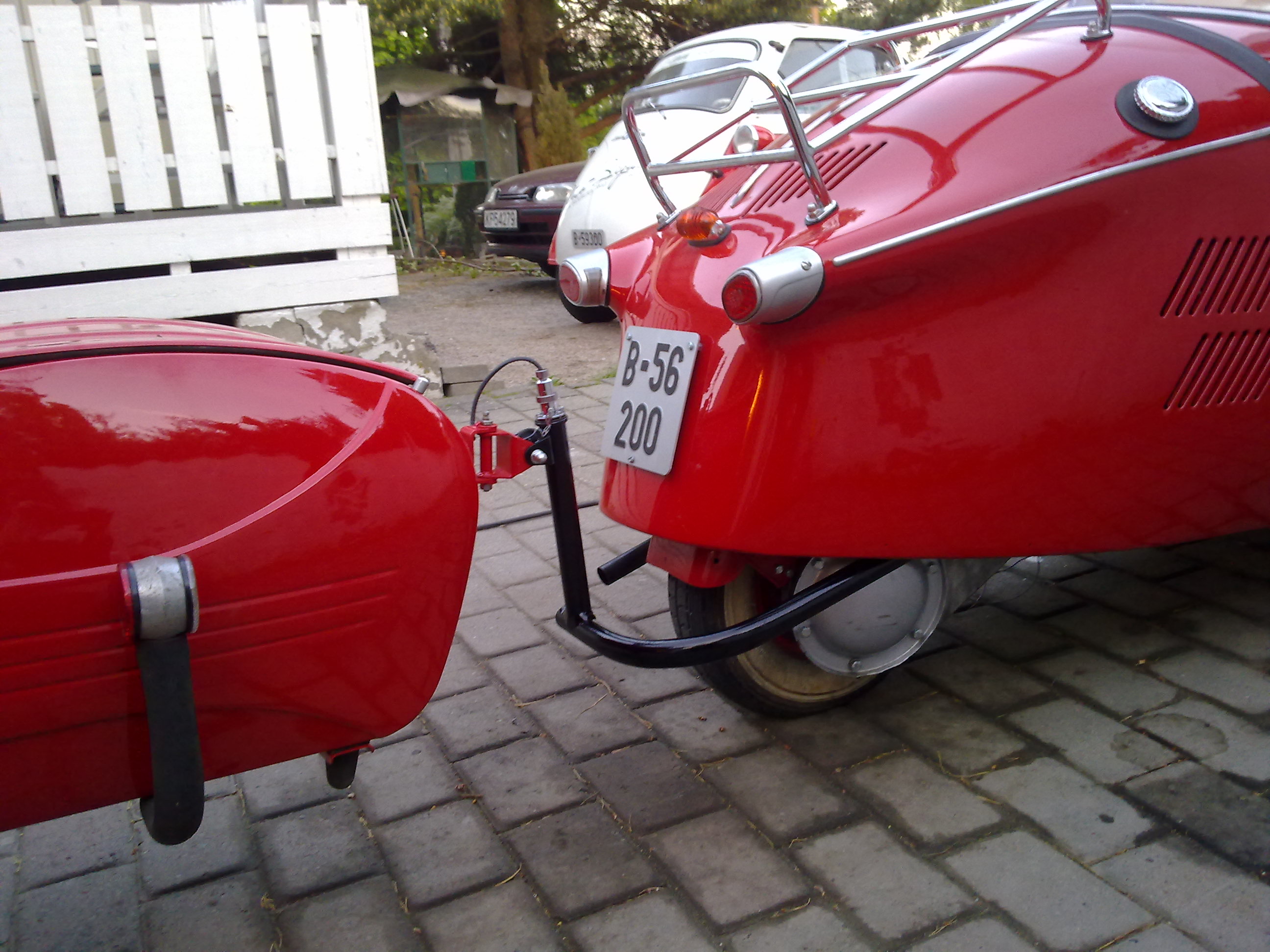 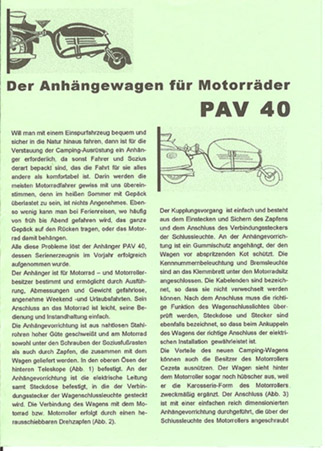 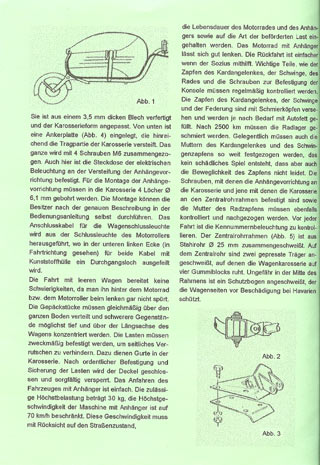 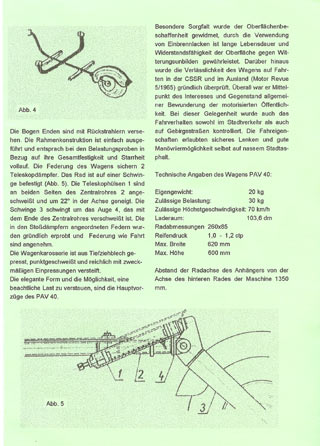 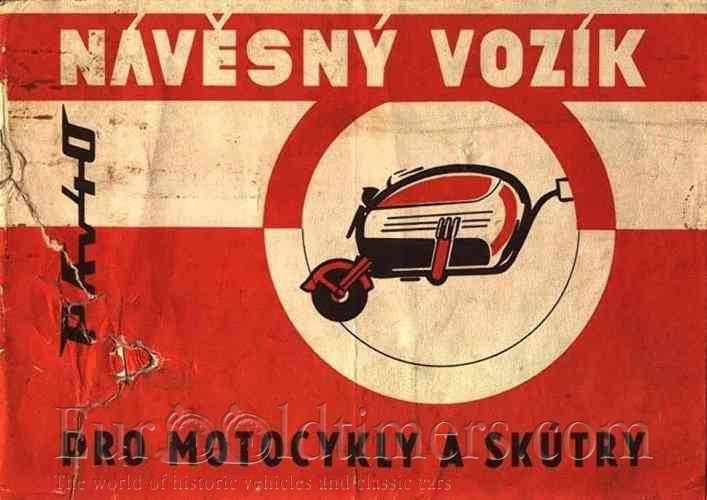 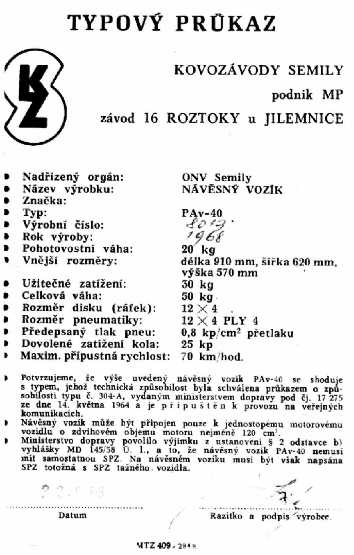