The Messerschmitt KR175 microcar (1953–1955) was the first vehicle built by Messerschmitt under its 1952 agreement with Fritz Fend. In concept, although not in actual design, it was an extended version of the Fend Flitzer invalid carriage

Messerschmitt, temporarily not allowed to manufacture aircraft, had turned its resources to producing other commodities. In 1952, Fend approached Messerschmitt with the idea of manufacturing small motor vehicles.] These were based on his Fend Flitzer invalid carriage.

The first of Fend’s vehicles to enter production at Messerschmitt’s Regensburg factory was the KR175. The title Kabinenroller means “scooter with cabin”. While the Messerschmitt name and insignia were used on the car, a separate company, incorporated as Regensburger Stahl- und Metallbau GmbH, was created to manufacture and market the vehicle.” 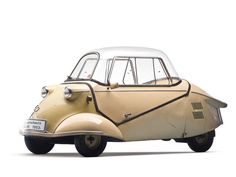 There were several problems with the first KR175s to be built, resulting in 70 design modifications between the beginning of production in February and June 1953.

The KR200 replaced the KR175 in 1955. While using the same basic frame as the KR175 with changes to the bodywork (notably including wheel cutouts in the front fenders) and an improved canopy design, the KR200 was otherwise an almost total redesign. The rear suspension and engine mounting were reworked, and hydraulic shock absorbers were installed at all three wheels. 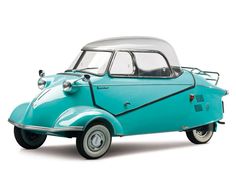 KR 200
Tire sizes were enlarged to 4.00×8 Retailing for around DM 2,500, the KR200 was considered an instant success with almost 12,000 built during its first year, which was the highest annual production for Kabinenroller models.A maximum speed in excess of 90 km/h (56 mph) despite a claimed power output of only 10 PS (7.4 kW; 9.9 hp) reflected the vehicle’s light weight and low aerodynamic drag.An “Export” package included a two-tone paint scheme, painted hubcaps, a fully trimmed interior, a heater, a clock, and a sunshade for the canopy. 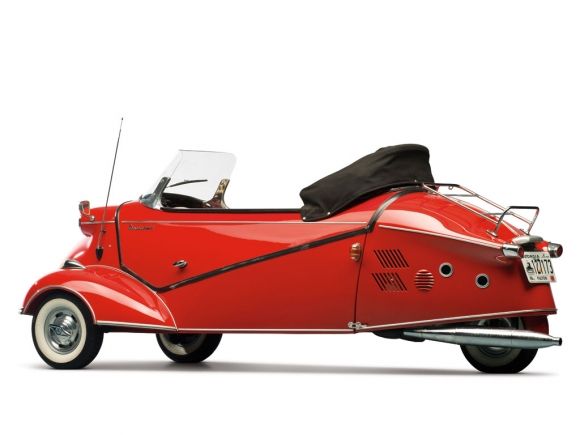 KR201
In 1957, Messerschmitt was allowed to manufacture aircraft again and lost interest in Fend’s microcars. Messerschmitt sold the Regensburg works to Fend who, with brake and hub supplierValentin Knott, formed Fahrzeug– und Maschinenbau GmbH Regensburg (FMR) to continue production of the KR200 and his other vehicles. They was noat allowed to use the Messerscmitt logo, and changed it to FMR in 3 rings, and later after protests from Autounion change it 1958 to FRM in 3 squares

In 1957, the KR200 Kabrio model was released, featuring a cloth convertible top and fixed side window frames. This was followed by the KR201 Roadster without window frames, using a folding cloth top, a windscreen, and removable side curtains. A Sport Roadster was later offered with no top and with the canopy fixed into place so that the driver would have to climb in and out at the top of the car. 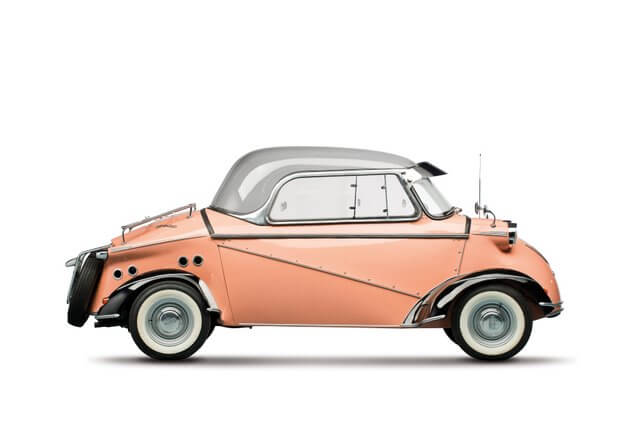 Production of the KR200 was heavily reduced in 1962 and ceased in 1964 as sales had been dropping for a few years. The demand for basic economical transport in Europa had diminished as the European economy boomed.

Pictures from the factory 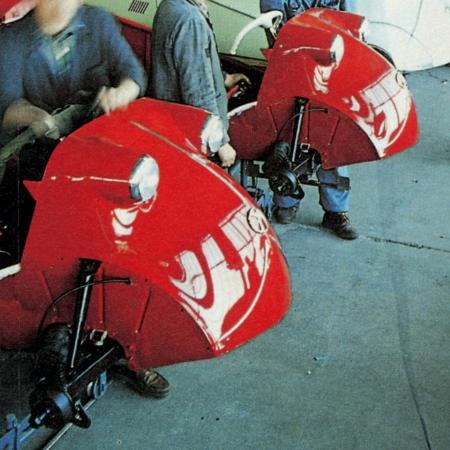 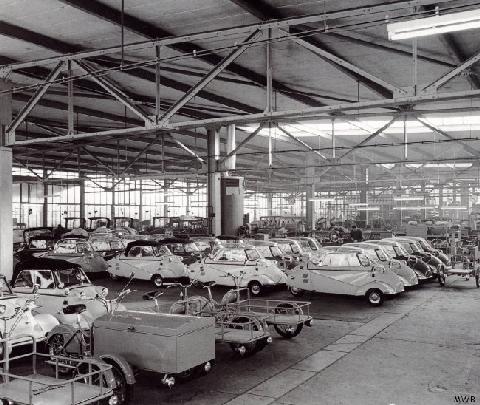 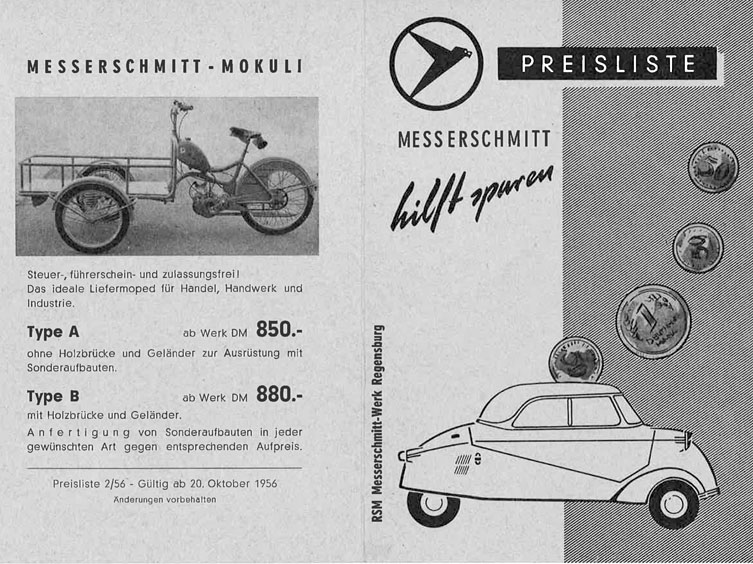 The factory made also other thing like the Mouli transportmoped , Licenced Vespa sooters and even sawmachine